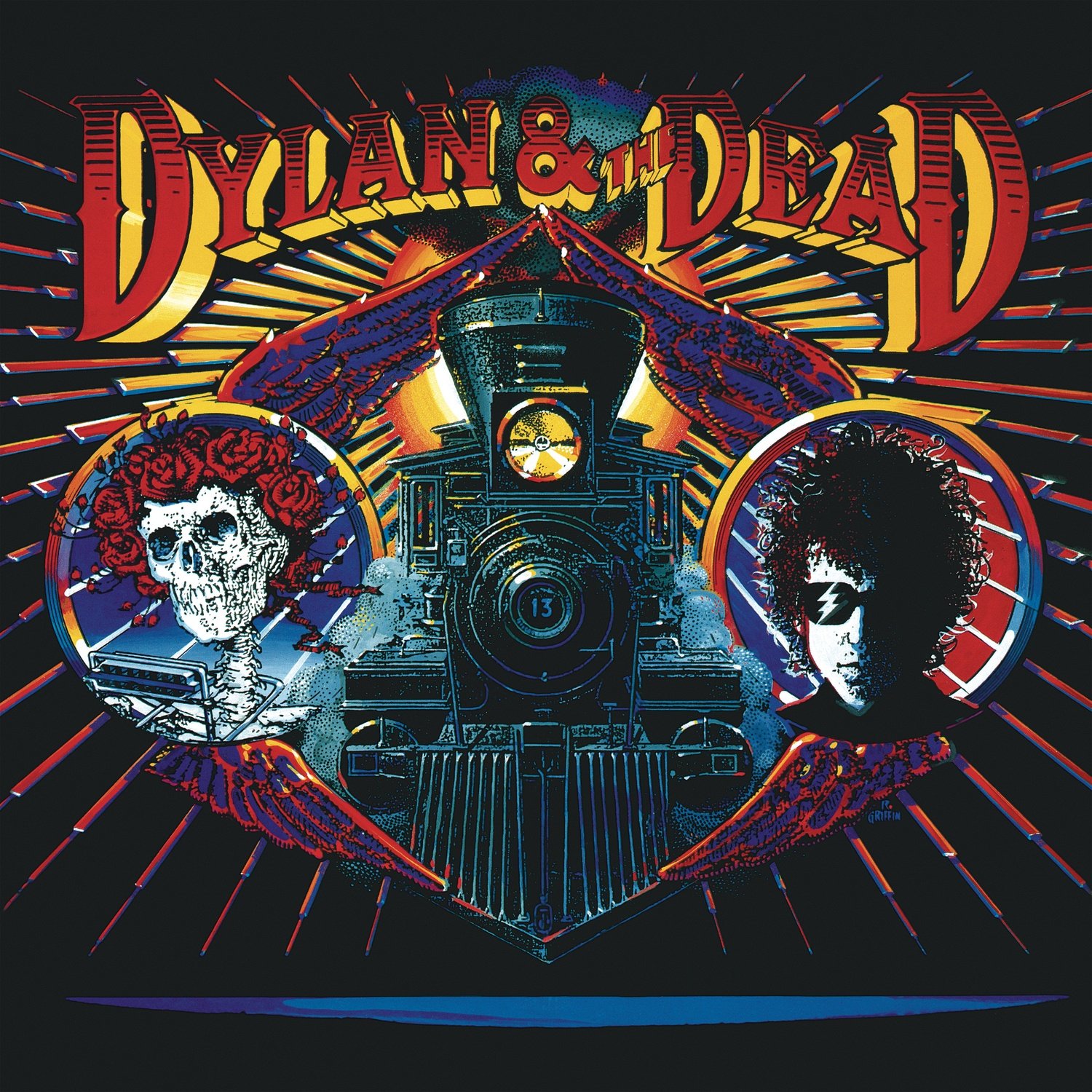 Well … did you get what you wanted for Record Store Day? While most of us were (should have been?) busy with Vinylthon, a few of us snuck out to stand shoulder-to-shoulder with other shoppers, stealing sideways glances at what they were choosing while pretending not to be jealous.

Among the releases sat a reissue of the 1989 live album Dylan and the Dead. Released as an “RSD First,” the red-and-blue tie-dye vinyl was limited to 5,000 copies. It may seem like a curious choice, reissuing this somewhat forgettable seven-track offering capturing the 1987 Dylan/Dead tour. However, the album does capture both the singer and the band at unique crossroads in their careers.

The Grateful Dead were at a late-stage high point. Riding the popularity of its ubiquitous “Touch of Grey,” the band continued its non-stop, lifelong tour. Dylan, on the other hand, was at an opposite point. Coming off a stream of forgettable studio albums and releasing his third live album in 10 years, Dylan sounded and looked tired and disinterested.

Dylan was coming off a world tour with Tom Petty and the Heartbreakers, as well as a collaboration with U2 for its Rattle and Hum soundtrack. The Dylan/Dead team-up seemed to have promise. Yet, despite the Dead’s classic band status, Jerry Garcia and company served as just another backing band and the collaboration seemed to fizzle under the weight of expectations. Critics note that Dylan sounded bored and disinterested and the Dead are under-utilized.

And yet … and yet … the album sold well initially (it certified Gold soon after its release) and there are moments worthy of note. Three of the seven tracks — “Slow Train,” “Gotta Serve Somebody,” and “Queen Jane Approximately” — are released as live tracks for the first time in Dylan history. “Queen Jane,” particularly, is the gem of the album, as it provides a true collaboration between the two entities. Also included are standards “All Along the Watchtower” (done with a Hendrix arrangement), and “Knockin’ on Heaven’s Door.”

While it would be easy to dismiss both the original and the reissue as a money-grab, there arises an admiration for the collaboration nearly 30 years afterward. While it won’t satiate diehard Dylan or Dead fans, the album is a snapshot of an earlier time. The collaboration may have helped Dylan more than history acknowledges, though. Later that year, he released Oh Mercy, the Daniel Lanois-produced album that signaled a musical rebirth that helped bring Dylan back to legendary status.