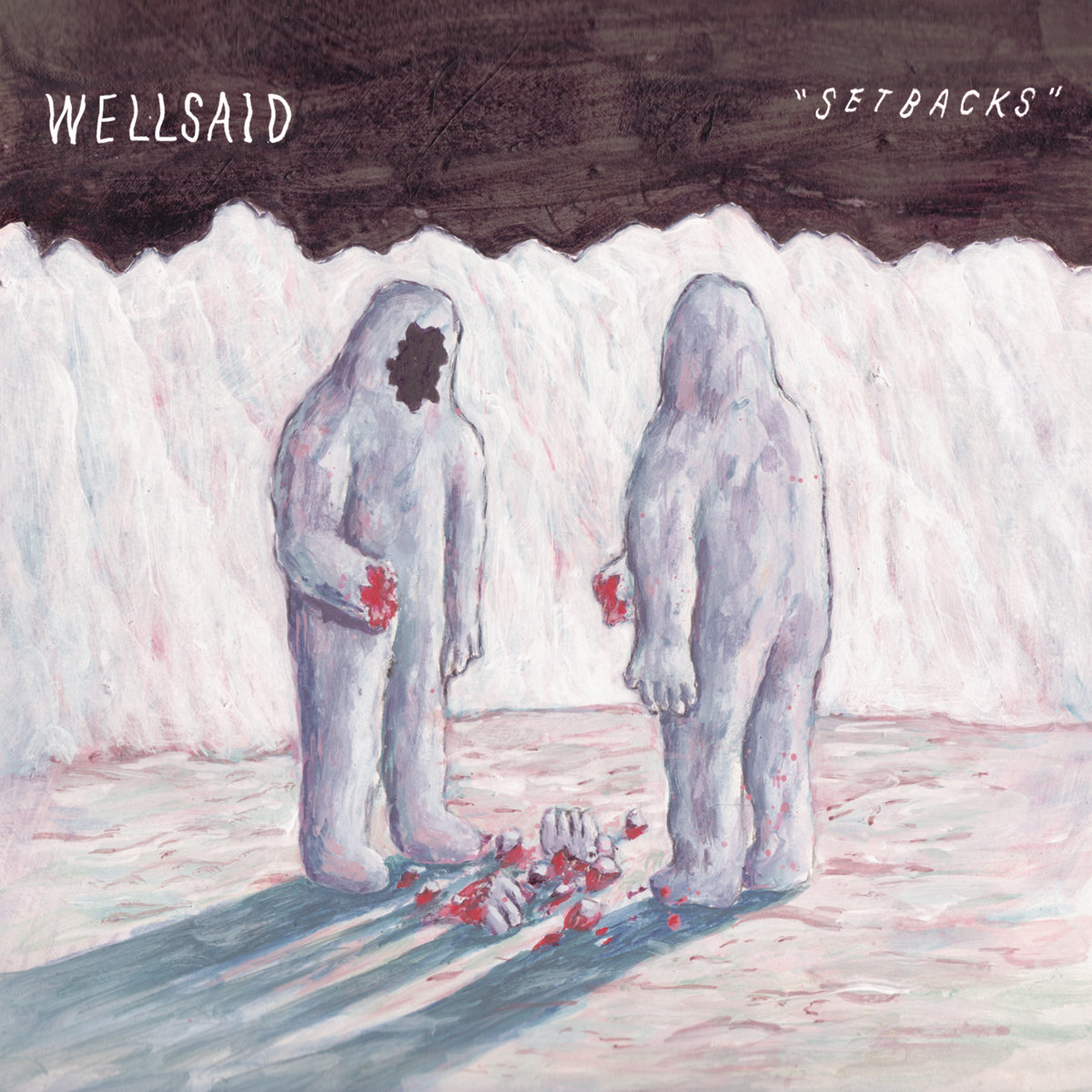 Who knew an emocore revival was going to be needed in 2017? If you would have told me that it would be a sparsely known three-piece from Hong Kong, I might have laughed. My laughter would have been squelched, however, if you showed me the band Wellsaid. While hard copy releases will be shipped on the 15th of November, the band and their label Sweaty & Cramped have unleashed the band’s five track EP Setbacks on all digital platforms.

What’s contained from the minds of Sung, Dixon, and Lok are five songs worthy of the sub-genre. The trio write songs that some millennials might have missed out on, especially those who were still in diapers during the golden age of emo. Now, in 2017, they have a chance to relive what us thirty-somethings were hearing on college radio when we were in are post-pubescent phases.

Featuring jangly guitar riffs and sing-song vocals, Wellsaid is a sad representative of bands in the early 90s emocore era. Further, the band balance on a thin line maintaining the energy of emo, while embracing the friendlier, indie aesthetic of their more digestible influences. The thing is, Wellsaid have perfected walking that line. What the listener gets from Setbacks are songs stuck between catharsis and catchiness.

Yet, Setbacks is a disappointment in some ways. It’s like the trio only had a set amount of dynamism for a record, and instead of forcing anything, they chose to release a five-song EP instead. That said, it isn’t that the songs are lacking – it’s that, as a listener, I want more.

Ultimately, the band have hearkened back to a sub-genre that really needed a new audience. Fortunately, for us, and the band, they’ve created tunes for early-twenty somethings to glom onto. This is good news for their thirty-something older siblings too, because we can finally get our Knapsack, Drive Like Jehu, and Taking Back Sunday CDs back (and we can swipe their copy of this, in turn).