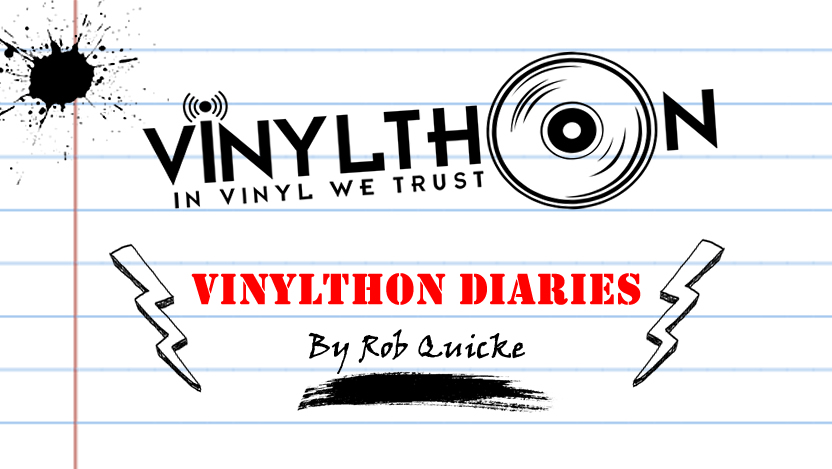 So, we have just hit the 100 registered stations mark for the very first time! It’s an exciting moment for us here at the College Radio Foundation, as we are a grassroots non-profit that exists on the goodwill of the volunteers who give their time, energy and passion to make things happen. This is a symbolic number that we have been aiming for since the first Vinylthon in 2016. Stations 99 and 100, were Brookes Radio at Oxford Brookes University, in Oxford, England, and KUMM at the University of Minnesota Morris. Thanks guys!

For my own radio station, WPSC at William Paterson University of New Jersey, where I am General Manager, there is now the business of getting our studios ready for Vinylthon on April 13. Like 30 other stations last year, we went the full 24-hours of vinyl only which was exhilarating, but also completely exhausting. For many students, the physical act of broadcasting using vinyl records was a very hands-on experience. Many of them were not experienced at cueing up songs that were not opening tracks at the start of the records. I saw a couple of them handling the records with no realization that they should not really be touching the playing surface of the record. Yes, the experience was no doubt an educational one for them!

For myself, I even did an hour on the air last year. I don’t get very much time to go live from behind the mic these days, but I really enjoyed lugging my vinyl crate to the station and playing some really good music that was not going to be found anywhere else. My guilty pleasure was playing the Footloose soundtrack picture disc, which featured a very young Kevin Bacon!

In the process of Vinylthon 2018, I really took stock of our equipment and realized that our two turntables were completely knackered in. They have served us well for 25+ years, and it’s time to replace them in time for Vinylthon 2019. So, with what little budget we have left for this academic year, I put in for two new turntables and attempted to look for the best turntables with a preamp, which is a key component to having a great sound quality. I’ll let you know when they arrive and get installed. I believe that they will be a big morale boost for the students, many of whom have been getting into vinyl because of Vinylthon and have already massed quite impressive collections!

Next, we turn our attention to cracking the commercial radio part of this. Having got 100 non-commercial radio stations, we now want to get commercial radio stations to participate too. There have been discussions as to how many still have turntables, and whether they could go analog and play vinyl. The simple answer is that we don’t know, and I guess we’ll never find out unless we start sending emails, making calls, and knocking on doors. It’s time to go for it and see what happens! More next week…