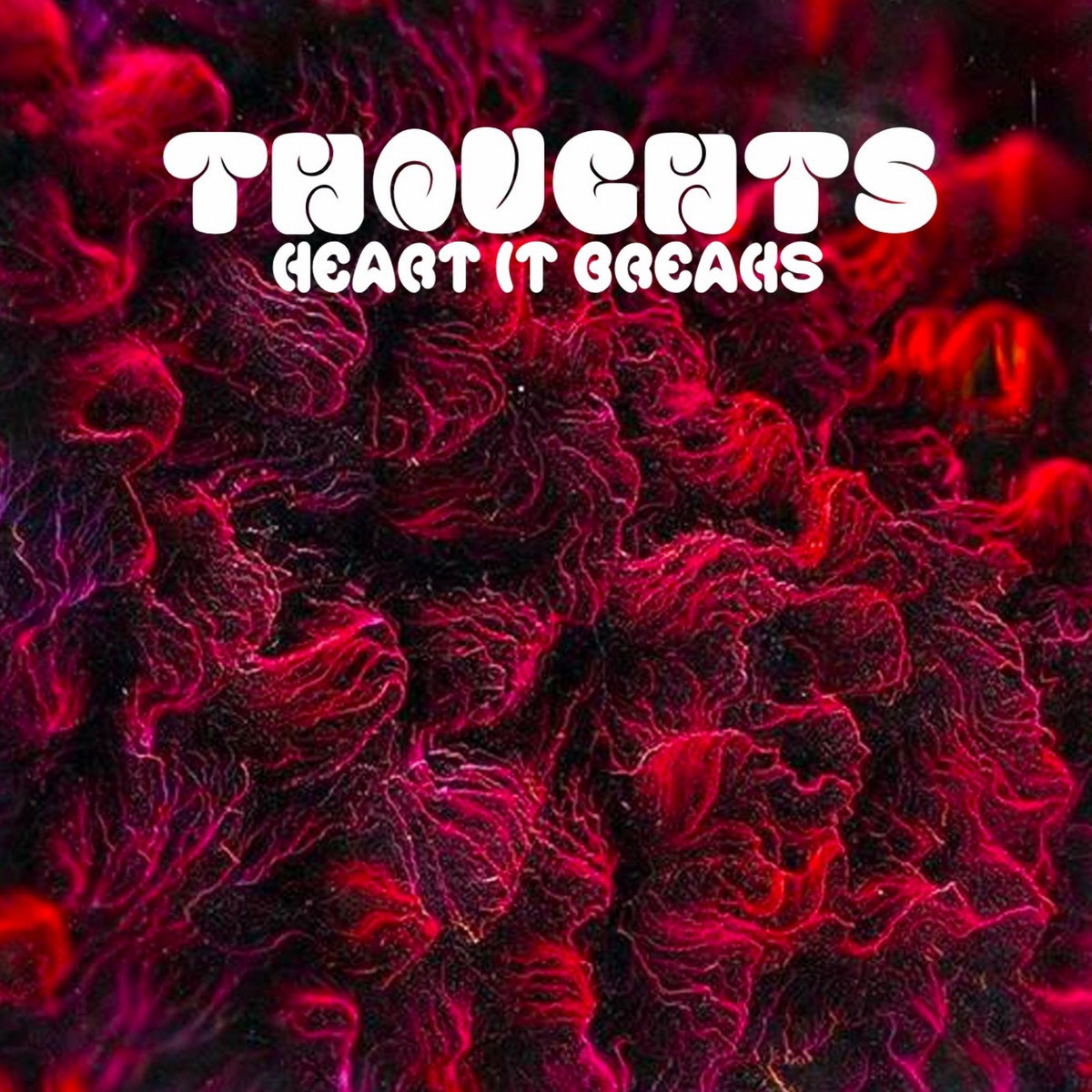 Some say that power pop and psychedelic rock are two sounds that shouldn’t go together. Other people are fans of The Beatles. It is apparent, in this case, Thoughts (the band) are the latter.

Consisting of a Angel Leiser and Ben Rothschild, the duo hail from West Palm Beach, Florida. Together, the pair split song writing duties for this, their debut EP entitled Heart It Breaks. That said, despite splitting the arrangements and instrumentals, Rothschild takes lead vocal duties while Leiser serenely backs him up.

Instrumentally, it is hard to fathom that a majority of the record is only played by two people because the EP sounds so full. This probably has to do with the mixing and mastering done by Daniel Colombo from Iceman Studios. There is some creative doubling of voices and instrumentals as well. That, paired with jangly guitars and some fat organ sounds, Thoughts really knock their debut out of the park.

What is so interesting about this record, are that there are touches of 60s pop and psychedelic all over the place. Where it is most prevalent in the songwriting is during the song “Something Unpredictable,” when Rothschild utters those lyrics, you can almost hear the Wilson brood of The Beach Boys. In other songs, there are more contemporary similarities, especially when paired next to Tame Impala’s Currents.

Suffice to say, Thoughts also have a style all their own. They’ve taken their early influences paired with contemporary work to make a sound that is unique to them. The guitar work on the record is exquisite. Rothschild’s vocals are strong. Leiser writes and plays amazing music. If there is a band that you should keep your ears on in 2017, Thoughts should certainly help feed your mind.