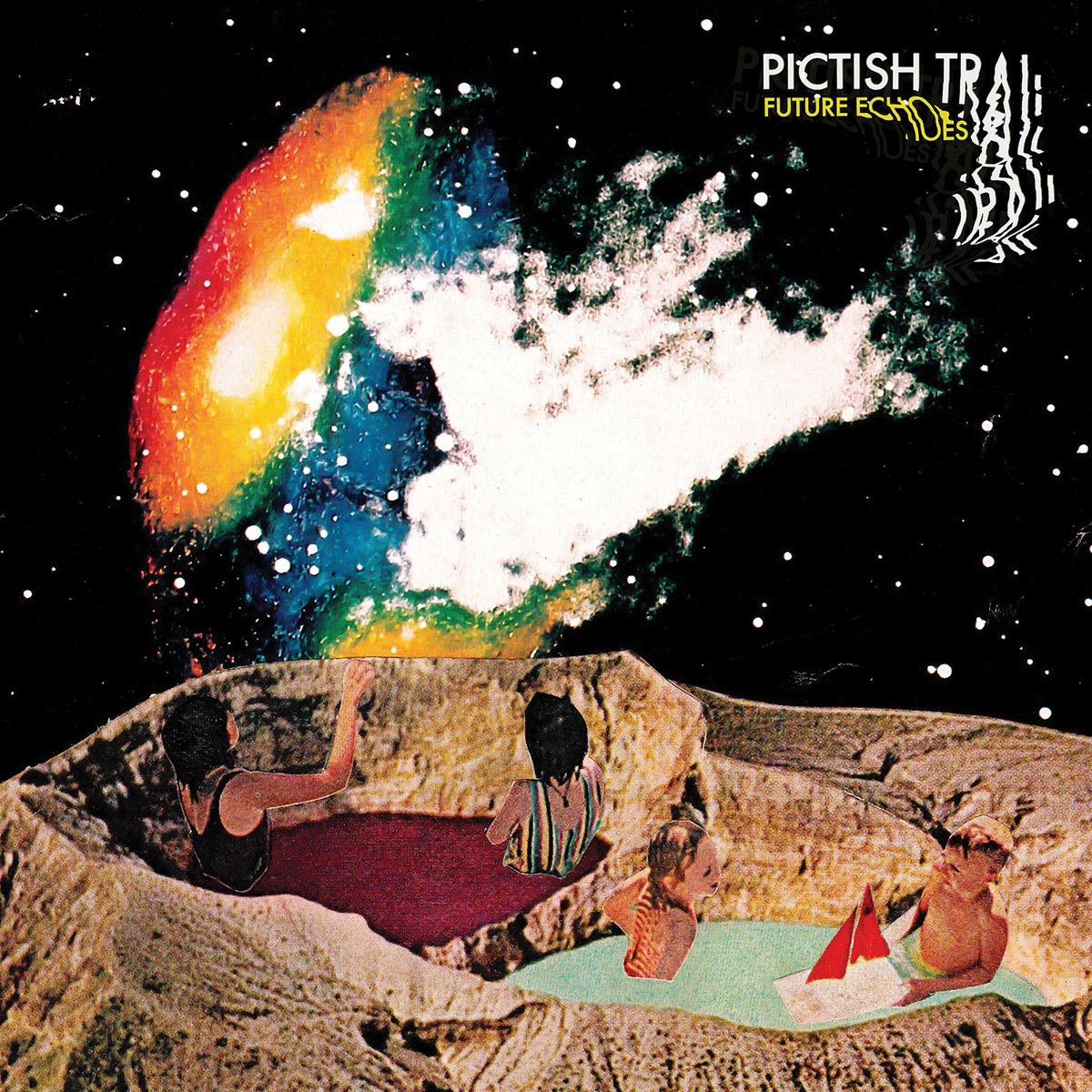 Our second release from Scotland this week, Pictish Trail (PT) composes some tasty ear candy for your mind hole. From the grey matter of Johnny Lynch, PT presents this, his new record, Future Echoes. The record is his third full length under the PT moniker, and is available from his own label Lost Map Records. The album melds many genres to make something altogether a treat to ingest sonically.

Future Echoes covers miles of aural terrain, despite being conceived on the Isle of Eigg (a scant 11.8 square miles large). Further, it’s locale does not express the sounds contained on the record. Instead, Lynch uses many instruments and textures to meld a unique aesthetic all his own. That said, we also hear a bevy of influences throughout.

Songs like “Dead Connection” carry some of that early 80s Talking Heads vibe, paired with more modern swathes of electronic goodness. Black Moth Super Rainbow comes to mind too. Other songs that lend to more experimental electronic goodness are “Rhombus” (which sounds like Jim James singing over a Four Tet track) and “Easy With Either” that contains a Beta Band vibe.

All that stated, Future Echoes contains a unique, exploratory sound. Lynch is not afraid to make music that can be texturally jarring, as long as it drives the record forward. I would not call it courageous, but I would call it innovative. It has been a long time since there has been a record that has mixed and melded this many genres that didn’t end up sounded like an amalgam of garbage being processed through a blender. This record is not that. Instead, it is ten, challenging, tongue-in-cheek, magnificent sonic slabs of goodness.

Bottom line: I am sadder that I didn’t know about Pictish Trail before today. Not only has Johnny Lynch already put out multitudes of singles and EPs under the PT moniker, but he’s done some fantastic collaborative work as well. If you have not heard Silver Columns yet, I encourage you to do so.