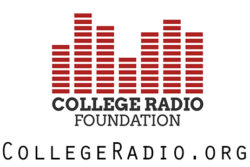 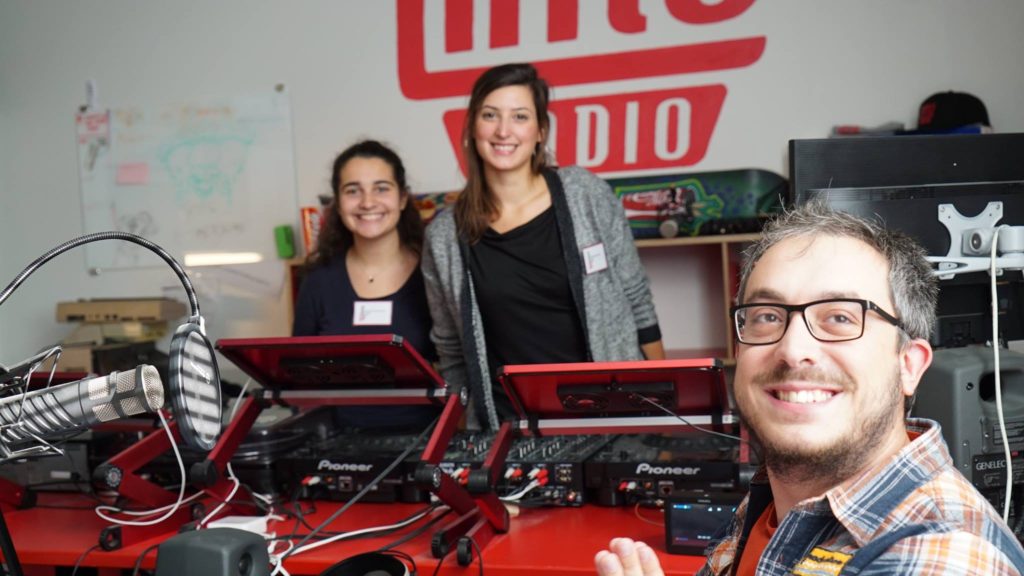 The second day of the Alternatives2016 conference in Lahti, Finland was at the FellmanniCampus, at the Lahti University of Applied Sciences. This brightly-lit, glass walled building was in the heart of Lahti and was full of students attending classes and working in the library on the ground floor. It was a spectacular space to be in, and people commented on how inspired they felt by the location. I noticed a kitchenette area for the students that featured massive, body-length bean bags that the students took full advantage of as they used their cell phones and chatted with each other.

Our introductory session was at the top floor, floor five, and started with a recap of what we had covered the day before. The focus on day two was about interaction and we were split into four different groups to attend one of four workshops being presented for the conference attendees:

Taking International Collaboration to the Next Level, hosted by the Europhonica Project (GRE; SPA; POR; FRA)

Evolve or Die: Get out of the Basement, Engage your Community, Support Education and Play Some Damn Good music…or Else by Mr. Mikey Goldenberg, General Manager, Radio 1190/KVCU, Colorado (USA) 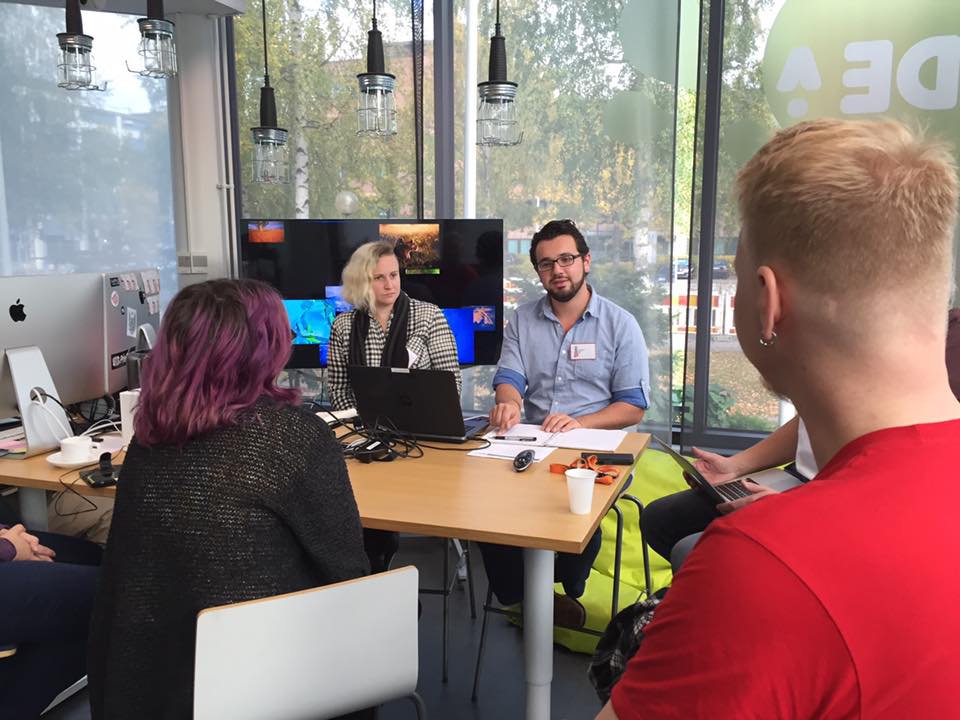 I attended the session by Mikey Goldenberg, although I did have a quick look at the other sessions to see how they were going. In Goldenberg’s session, among many things, we discussed the challenges of connecting with the student community as well as the larger one on campus and beyond. It was an engaging session fueled by the enormous energy of Goldenberg who initiated discussion throughout his presentation. It was also cool that Goldenberg brought along a lot of Radio 1190 swag – so that those attending were given various stickers and patches as well.

I had a look at the Get REEL session, being led by Risa Pappas and Eric Dargis from my own William Paterson University. There was animated conversation about the different approaches that stations take to recruiting and training their staff. It was interesting to see participants from other stations compare their own systems with each other and to discuss the strengths and weaknesses of their different approaches.

The two hours went pretty quickly and it was time meet again as a larger group for a panel discussion about the conclusions drawn from the workshops. For me, this was an impactful moment – as now the leaders of the four workshops discussed with each other what they had discussed in the workshops and answered questions by the host of the conference, Ari Hautaniemi. 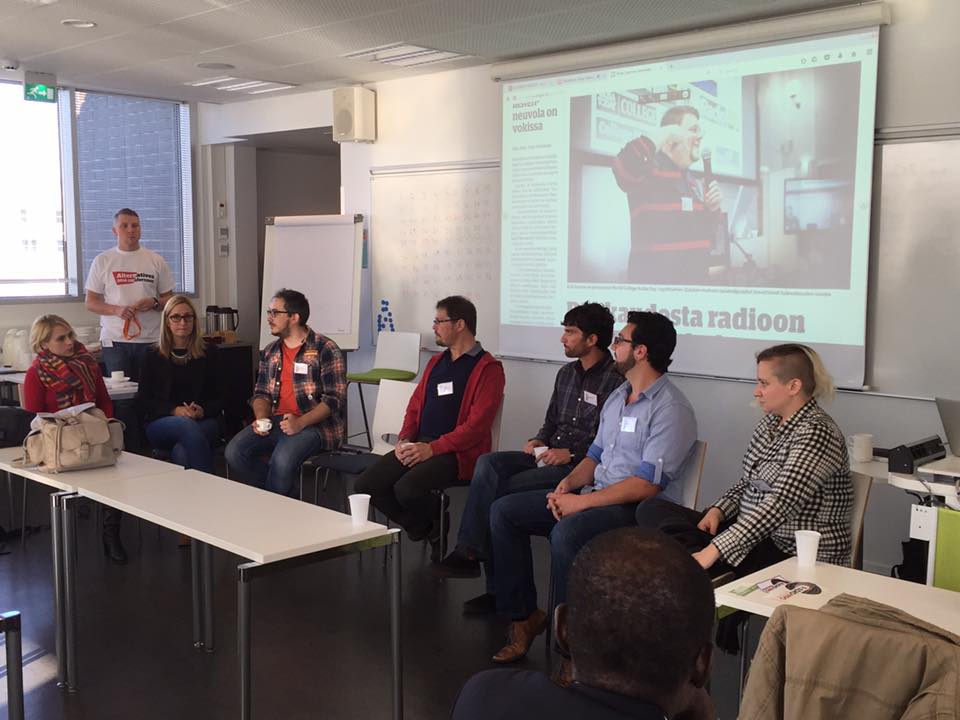 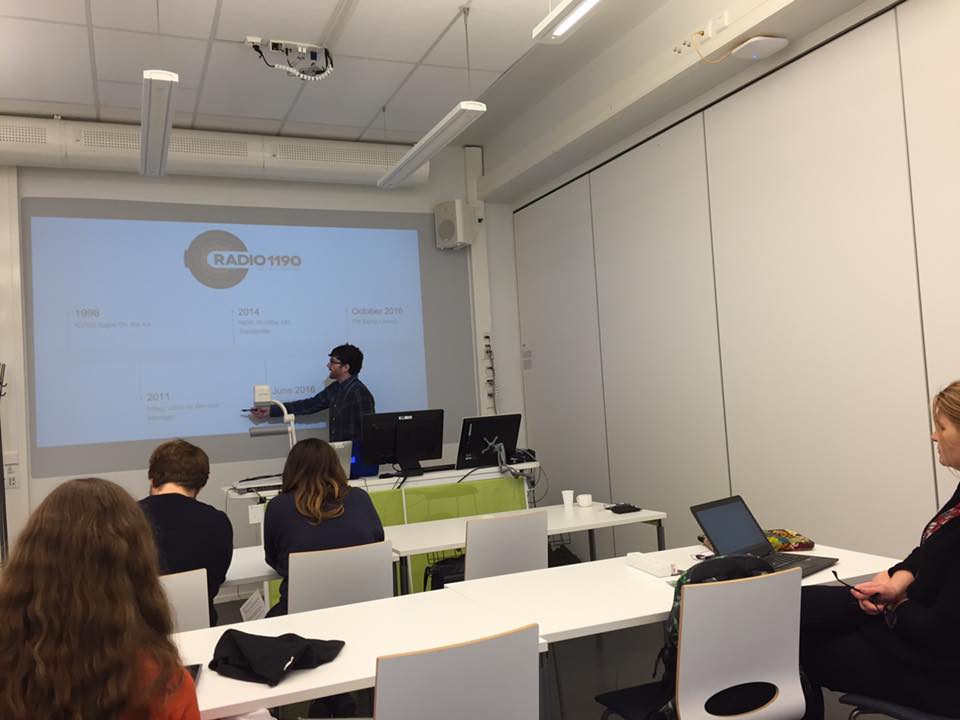 Then it was time for final words from Ari and we were done. I have to say that, in that room, there was a tremendous sense of connection. Over the two days many of us were now friends and there was excitement at how such collaboration and friendship could be applied through such events as World College Radio Day.

At the very end of Ari’s remarks, I presented him with an award on behalf of the World College Radio Day organizing board (of which I am President this year) to recognize the huge amount of work that Ari and his team put into the Alternatives2016 conference.

Just before we headed back to Helsinki, we had a quick tour of Limu Radio, the radio station that Ari and the students run from the campus of the university. We had a great time looking at their studio and checking out their equipment, before having one final group photo. 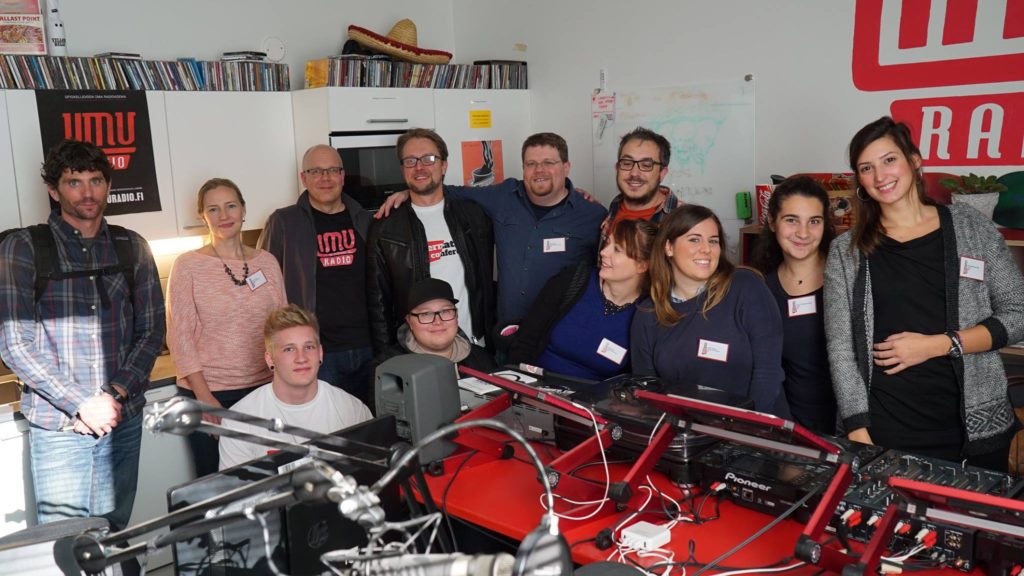 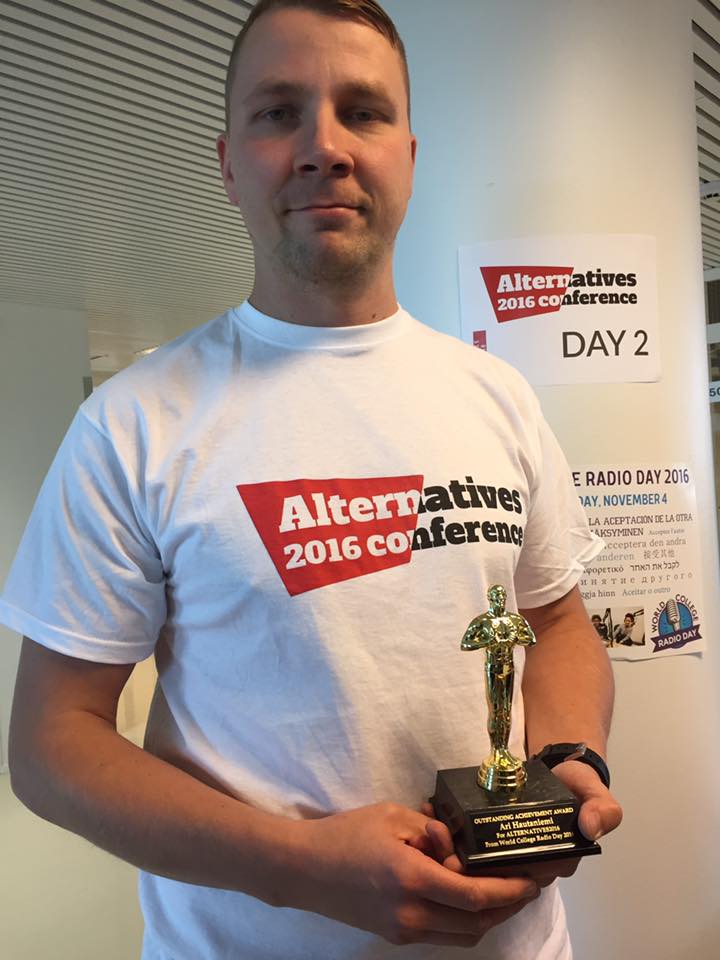 Overall, the conference was a huge success, and many of us headed back to Helsinki and then home, enthused by the possibilities of what we could achieve together and how we were all united by our genuine love for student radio. Here’s to next 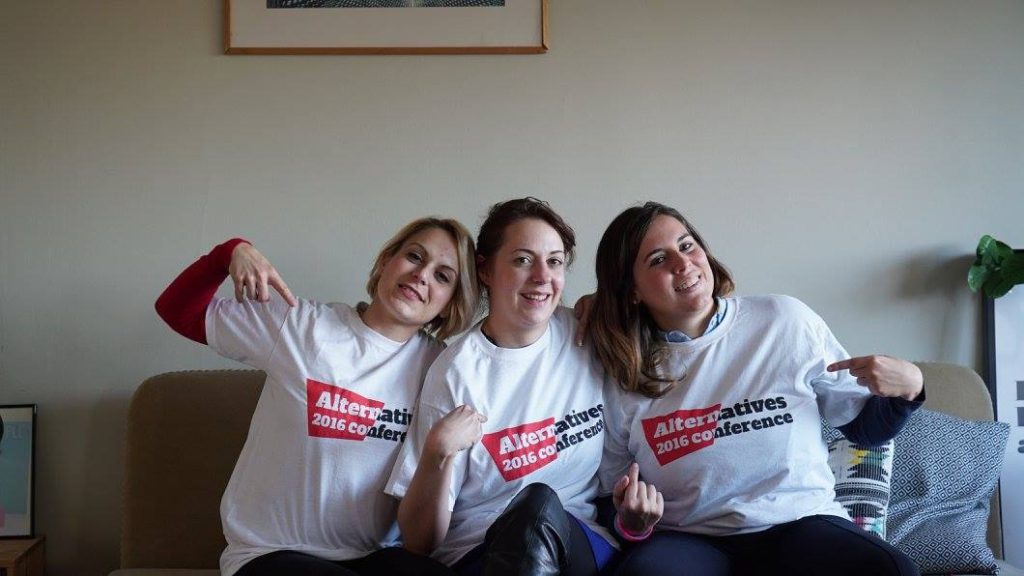 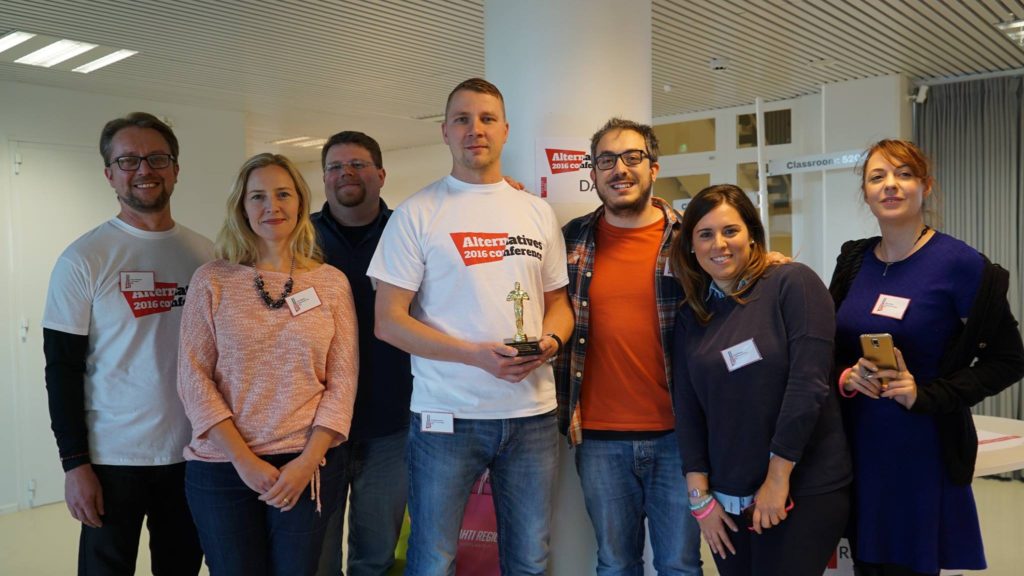 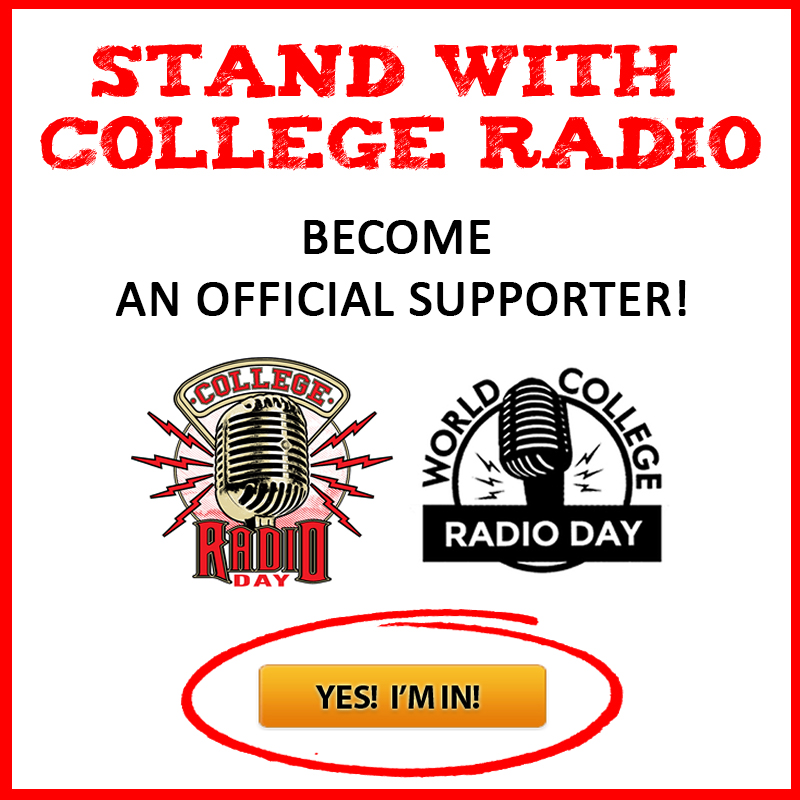 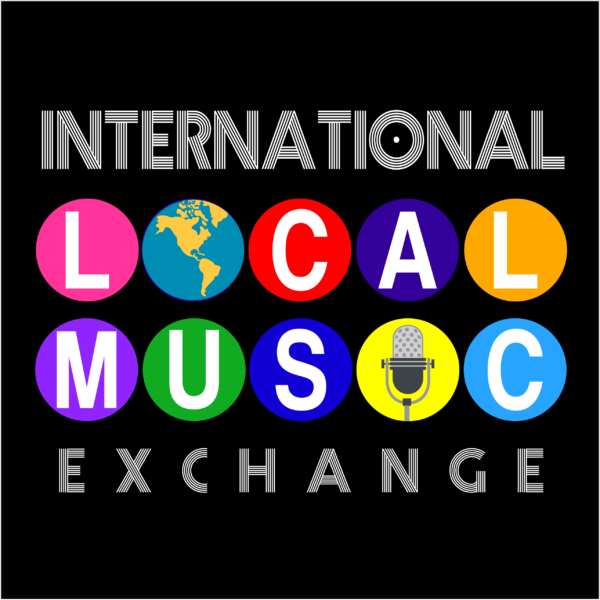